Bettina & Frank chose to elope in secret, after waiting far too long for the wedding they thought might never happen.

Theirs was the ultimate in romantic elopements. They flew halfway round the world and then chose to jump in a helicopter to get hitched in a truly remote location. It could have been on a Coral Cay in the middle of the Great Barrier Reef, or on a remote beach only accessible by water or air, but mother nature decided to toy with our plans and emotions. Our pilot flew around the weather, flying across the treetops and down amongst the trees, to land on top of the remote Stewarts Creek waterfall in the heart of the Daintree Rainforest, it was serene and isolated, with just the sounds of nature surrounding us.

Their ceremony was beyond romantic, as they stood at the top of the waterfall, they made the promises they have waited a lifetime to say. They exchanged rings and forged the bonds they have dreamt of for far too long. They toasted their future with the birds singing around them and then we celebrated with a beautiful scenic flight over the reef.

When the time came to get back on the helicopter, we all felt the emotion of leaving a little piece of each of us in that little bit of paradise. 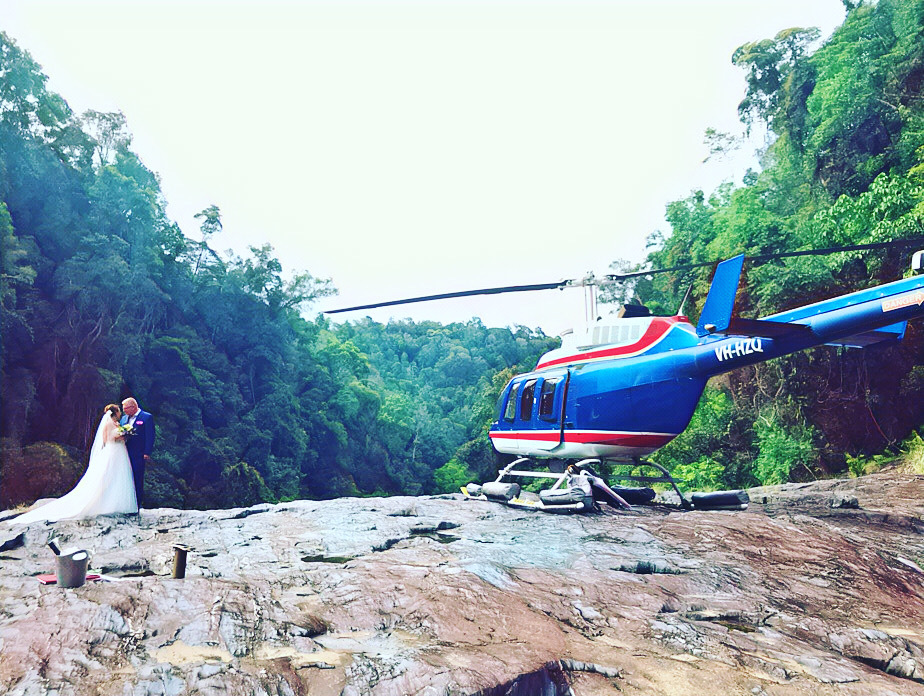 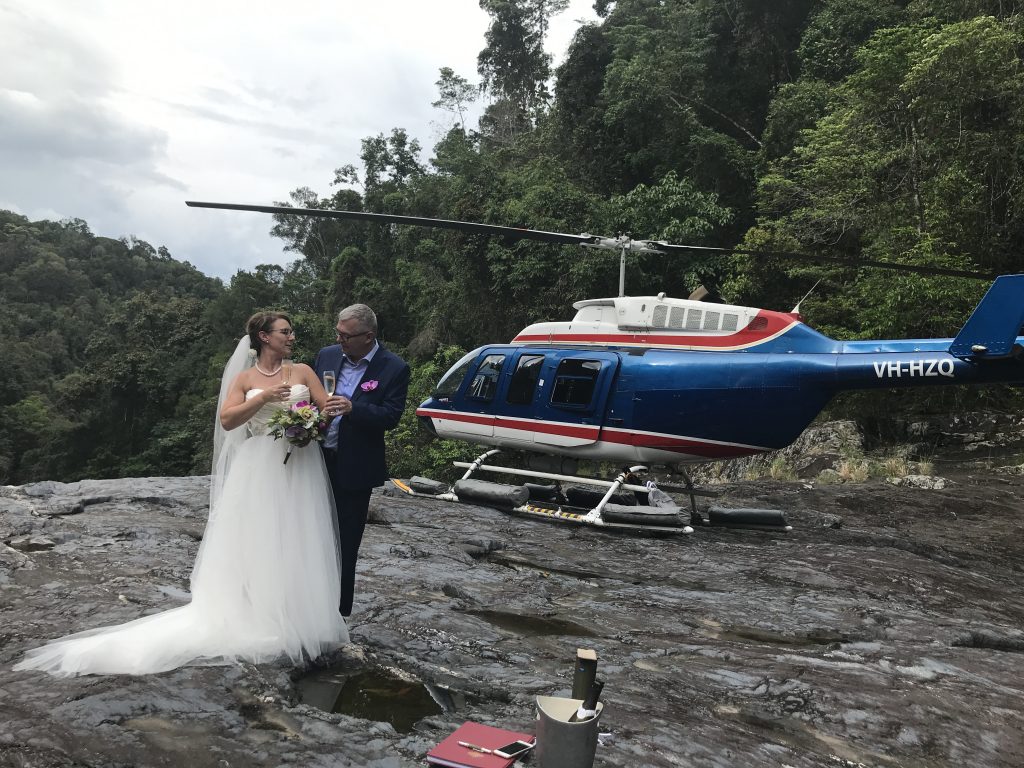 “Burn the past away”🔥 Write it down, set it

A little bit more of Marla & Abe's practically per

That beautiful feeling when everything else dissol

PHOTOGRAPHY & VIDEO CREDITS
Thanks to the following talented beings for the use of their amazing images and footage:-